Continue your life-long learning by joining the Seniors’ College Association of Nova Scotia, a volunteer-based registered non-profit organization dedicated to providing affordable non-credit academic courses to seniors (age 50+) in Nova Scotia.  Courses are for your learning enjoyment, without tests or assignments.  Membership entitles you to enrol in any number of the courses offered per year.  It also allows you to participate in further developing this dynamic learning organization.  Classes are offered in the Halifax Regional Municipality, Chester, Liverpool, Mahone Bay, and Truro.  We are in Mi’kma’ki, the ancestral and unceded territory covered by the “Treaties of Peace and Friendship.”  We are all treaty people.
​ More about SCANS

January 30, 2023 (Monday)
2:00 pm
Zoom webinar​
download event poster
POVERTY IS A POLITICAL CHOICE
Almost 1 in 4 children in Nova Scotia live in poverty. This is the highest rate of child poverty in Atlantic Canada and the third-highest provincial child poverty rate in Canada. Behind these numbers are real people, parents choosing between paying rent, buying groceries, and heating homes as the rising costs of living and lack of government action make the situation worse. Join us at 2pm, Monday January 30, 2023 as Jackie Barkley and Alec Stratford explain the connection between this crisis and government policies, and the action that is needed to eliminate poverty in our province.
JACKIE BARKLEY is a community activist who has worked in front-line social work and therapy for over 40 years, including at the Nova Scotia Hospital and the IWK. She was a founding member of Solidarity Kjipuktuk, as well as the Metro Coalition for a Non -Racist Society and the Child Welfare Advocacy Coalition. She has lectured widely and written on issues of racism and white supremacy, parenting, and child protection issues.  In 2014, she was the winner of the Ron Stratford Award for Outstanding Contribution to Social Service in Nova Scotia.
ALEC STRATFORD is the Executive Director of the Nova Scotia College of Social Workers. He has worked as a child protection worker in Newfoundland, a school support counsellor in Calgary, a community organizer with the City of Edmonton and as a sessional instructor at MacEwan and Dalhousie Universities. Alec believes that engaged informed and mobilized communities can lead to transformative change.

February 13, 2023 (Monday)
2:00 pm
Zoom webinar​
download event poster
REGISTER
FOUR WOMEN LEADERS
This lecture will introduce attendees to four historical female leaders in Canada and the United States: Frances Perkins (1880-1965), Hallie Flanagan (1890-1969), Madeleine Parent (1918-2012), and Viola Desmond (1914-1965), women who have been noted for their contributions in various fields but whose accomplishments and lessons have largely been overlooked by management and organizational history. Dr. Williams will share what she has learned about these women and discuss the important lessons they have to offer to present day leaders, practitioners, and educators.

PART 1 - February 1, 2023 (bad weather day February 3)
PART 2 - February 15, 2023 (bad weather day February 17)
1:00 pm - 2:30 pm
St. John's Anglican Parish Hall, 63 Townsend St., Lunenburg
​Refreshments will be served
download event poster
REGISTER
WAR FIGHTER TO FIGHTING FOOD POVERTY
David Jarvis recounts the thrills and spills of learning how to do everything from scratch on the farm in Italy and how he learned to transfer those skills to life in Nova Scotia’s vastly different conditions and create the We Feed Lunenburg group which supports the local Food Bank and works tirelessly to alleviate food insecurity in the local community.  All this whilst recounting in hilarious detail how he managed to travel the globe successfully making himself and almost everyone else around him utterly miserable and hilariously intermingling stories of epic disaster after disaster from a lifetime of dramatic over achievement. 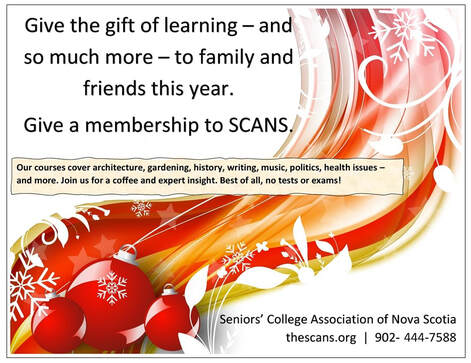